This is Desk Tape Series 30th release, which raises money for Support Act’s Roadies Fund to provide financial, health, counselling and wellbeing services for roadies and crew in crisis.

This recording was made by Mark Woods, and is another fantastic tribute to the great sounds engineers produced for the early Aussie pub rock scene.

Released on ARCA’s Black Box Records through MGM Distribution and on all major streaming services. 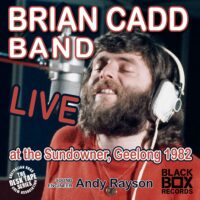