The Party Boys was formed in 1982 by Mondo Rock bass guitarist, Paul Christie, along with Australian Crawl’s James Reyne. The plan was for The Party Boys to be a part-time fun supergroup project playing rock classics and using a revolving door of known musicians when their respective bands were off the road.

The live tapes are made straight off the mixing desk and in this case by sound engineer, David “Strawb” Quinn. 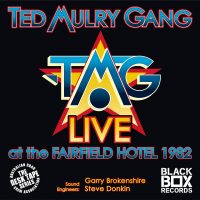