For Release – Friday, 12 April 2019: Support Act is thrilled to announce that this year it will honour internationally acclaimed singer-songwriter, musician, musical theatre actress and record and tour producer, Tina Arena AM, with its Excellence in Community Award at its annual fundraising event, Music in the House on Wednesday, 29 May 2019 at Sydney’s Ivy Ballroom.

Tina Arena has been part of the fabric of Australian music and pop culture for the past 40 years. Her voice has sent shivers up the spines of three generations of music lovers from her early days on Young Talent Time, to her hugely successful debut album Strong as Steel, her incredible international success and ten times platinum Don’t Ask (1994), the multi-platinum In Deep (1997), and followed up in 2001 with the critically acclaimed Just Me. Tina’s era defying career also includes two best-selling French-language albums, two much-loved volumes of Songs of Love & Loss, the 2013 release of the platinum-selling Reset (her first album of new English language material in over 12 years) and the gold certified, Eleven in 2015.

In 2017, Tina released Greatest Hits & Interpretations, a 2CD / 31 track set celebrating her incredible 40 years in the music business and in 2018, Tina went back on stage taking the role of Eva Peron in Evita to critical acclaim and sell out seasons in Sydney and Melbourne.

Over the past 4 decades, Tina has sold more than 10 million records, amassed seven ARIA Awards, two BMI Awards, an APRA Award, been inducted into the ARIA Hall of Fame and become a Member of the Order of Australia and an APRA AMCOS Ambassador. She is also the first Australian to be awarded a Knighthood of the French National Order of National Merit.

A 40-year recording career by any singer is an extraordinary milestone, and Tina Arena is the only Australian artist to earn a gold or platinum certification for each of her original albums, in every decade since the 1970s right through to now. In fact, every album in her career has gone gold, platinum or multi-platinum.

Once again, Music in the House will feature acoustic performances of Tina’s songs by artists that she admires (to be announced shortly), with a key note presentation by manager extraordinaire, John Watson. The event will be hosted by television and radio personality Simon Marnie.

“It’s an absolute privilege for Support Act to be able to honour Tina Arena at this year’s Music in the House,” said CEO Clive Miller. “She has had such a phenomenal career and continues to excite and challenge us both on and off stage. We are looking forward to celebrating her incredible contribution to music in Australia and internationally along with her many contributions to the community.”

Music in the House honours members of the music industry who, by their tireless efforts and charitable works, have made a difference and enriched the fabric of the broader Australian community. Previous recipients of the Excellence in Community Award have been last year’s honouree Archie Roach, Jenny Morris, Paul Kelly, John Butler, The Sapphires, Jimmy Barnes, Glenn Shorrock, Don Spencer, Richard Clapton, John Paul Young and Russell Morris.

If you love Australian music and care about the people who make it, do not miss what promises to be another incredible Music in the House at one of Sydney’s most prestigious venues.

Don’t delay – last year Music in the House sold out!

Can’t attend but still want to help the cause? There will be amazing prizes on offer and anyone not able to attend can buy a ticket via our website in our limited edition, luxury raffle. Details to be announced soon and winners will be drawn during the event.

Hi res photos can be downloaded from here.

To buy event and raffle tickets, please head to musicinthehouse.org

All proceeds from ticket sales will help artists, roadies and music workers in crisis, and provide ongoing access to free, confidential mental health counselling through the Support Act Wellbeing Helpline.

MUSIC IN THE HOUSE

Event tickets are on sale from 9.00am today –
Friday 12 April 2019 via musicinthehouse.org

Tickets must be paid for in advance and can be booked until
5.00pm on Friday, 24 May or until sold out.
Please note tickets will not be available on the day. 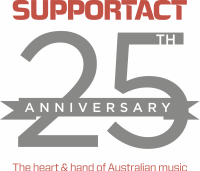 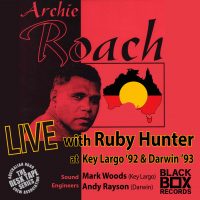