The Australian Road Crew Association’s (ARCA) Desk Tape Series has released its latest edition, featuring Jimmy and the Boys live at the Astra Hotel in 1982.

Jimmy and the Boys was a Sydney cabaret/ punk band fronted by singer Ignatius Jones and keyboard player Bill O’Riordan, who dressed up as drag queen Joylene Thornbird Hairmouth.

Their two studio albums Not Like Everybody Else (November 1979) and Teddy Boys Picnic (July 1981) had strong musicianship, but it was their outrageous onstage antics and Top 10 hit “They Won’t Let My Girlfriend Talk To Me“— written by Tim Finn and with a video based in a mental hospital – that made them one of the biggest live acts in Australia.

LIVE At The Astra Hotel 1982 was taped by “Yogi” Harrison who regards it as far superior to the band’s live album In Hell With Your Mother, recorded at Selinas from that time. 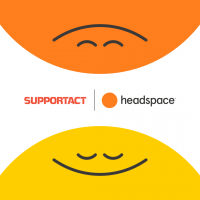