With over 2,500 members, EveryOneBand is the biggest band and largest interactive recording project ever. We’re shooting for #1 and going for Gold!

The first single ‘Stand By You’ is out now and you can check out the video here.

It features 8 year-old Ollie Bailey-O’Reilly channelling a host of Australia’s greatest singers including Paul Kelly, Megan Washington, Peter Garrett, Jimmy Barnes, Izzi Manfredi, Katie Noonan, Kate Miller-Heidke, Ross Wilson and many more. Ollie is the 8 year old son of the late Chris Bailey (The Angels, GANGgajang) who passed away in 2013 after a long battle with cancer.

Less than 2 years after his father died, Ollie was diagnosed with brain cancer requiring months of treatment and rehabilitation. Support Act helped Ollie and his mum Josie O’Reilly when Chris passed away and was there once again to assist Ollie and Josie during Ollie’s Illness.

Having been helped, Ollie and Josie were only to keen to give back to Support Act and get behind (or in Ollie’s case, in front of) the 2,600 member strong EveryOneBand project.

EveryoneBand is raising funds for Support Act. You can help by:

And yes you can still join: click here to find out how to be a part of EveryOneBand and the next track: the biggest band ever! 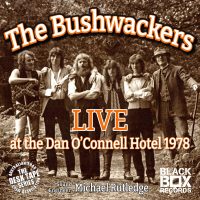